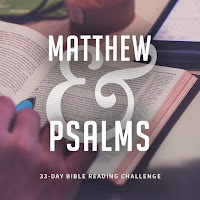 Matthew 26:57-75
57 Those who had arrested Jesus took him to Caiaphas the high priest, where the teachers of the law and the elders had assembled. 58 But Peter followed him at a distance, right up to the courtyard of the high priest. He entered and sat down with the guards to see the outcome.
59 The chief priests and the whole Sanhedrin were looking for false evidence against Jesus so that they could put him to death. 60 But they did not find any, though many false witnesses came forward.
Finally two came forward 61 and declared, “This fellow said, ‘I am able to destroy the temple of God and rebuild it in three days.’”
62 Then the high priest stood up and said to Jesus, “Are you not going to answer? What is this testimony that these men are bringing against you?” 63 But Jesus remained silent.
The high priest said to him, “I charge you under oath by the living God: Tell us if you are the Messiah, the Son of God.”
64 “You have said so,” Jesus replied. “But I say to all of you: From now on you will see the Son of Man sitting at the right hand of the Mighty One and coming on the clouds of heaven.”
65 Then the high priest tore his clothes and said, “He has spoken blasphemy! Why do we need any more witnesses? Look, now you have heard the blasphemy. 66 What do you think?”
“He is worthy of death,” they answered.
67 Then they spit in his face and struck him with their fists. Others slapped him 68 and said, “Prophesy to us, Messiah. Who hit you?”
69 Now Peter was sitting out in the courtyard, and a servant girl came to him. “You also were with Jesus of Galilee,” she said.
70 But he denied it before them all. “I don’t know what you’re talking about,” he said.
71 Then he went out to the gateway, where another servant girl saw him and said to the people there, “This fellow was with Jesus of Nazareth.”
72 He denied it again, with an oath: “I don’t know the man!”
73 After a little while, those standing there went up to Peter and said, “Surely you are one of them; your accent gives you away.”
74 Then he began to call down curses, and he swore to them, “I don’t know the man!”
Immediately a rooster crowed. 75 Then Peter remembered the word Jesus had spoken: “Before the rooster crows, you will disown me three times.” And he went outside and wept bitterly.

Psalm 65
For the director of music. A psalm of David. A song.
1 Praise awaits you, our God, in Zion;
to you our vows will be fulfilled.
2 You who answer prayer,
to you all people will come.
3 When we were overwhelmed by sins,
you forgave our transgressions.
4 Blessed are those you choose
and bring near to live in your courts!
We are filled with the good things of your house,
of your holy temple.
5 You answer us with awesome and righteous deeds,
God our Savior,
the hope of all the ends of the earth
and of the farthest seas,
6 who formed the mountains by your power,
having armed yourself with strength,
7 who stilled the roaring of the seas,
the roaring of their waves,
and the turmoil of the nations.
8 The whole earth is filled with awe at your wonders;
where morning dawns, where evening fades,
you call forth songs of joy.
9 You care for the land and water it;
you enrich it abundantly.
The streams of God are filled with water
to provide the people with grain,
for so you have ordained it.
10 You drench its furrows and level its ridges;
you soften it with showers and bless its crops.
11 You crown the year with your bounty,
and your carts overflow with abundance.
12 The grasslands of the wilderness overflow;
the hills are clothed with gladness.
13 The meadows are covered with flocks
and the valleys are mantled with grain;
they shout for joy and sing.
Posted by Jan Tholl at 4:03 PM